Following our previous blog posts in our series on the Emergency Plan for Gas in which we explored the early warning and alert levels, it is now time to look more closely at the third and final stage of the plan, the emergency level. This level outlines what will happened in the event of massive long-term supply failures.

What preparations have already been made? What indicators will be used to decide whether to declare the emergency level? What will happen in this scenario? And above all, how likely is it that this will happen?

In this blog post, we will present an overview of the current situation and summarise the most important points.

The current gas supply situation (as of 27 December 2022)

There is still no gas coming through the Nord Stream 1 pipeline. Russian gas will be replaced by supplies from Norway, the Netherlands, Belgium and Luxembourg. In addition, there are plans to build 11 LNG terminals on the German coast to replace Russian gas imports. The first LNG terminal opened on 17 December 2022 in Wilhelmshaven and has been in operation since 21 December 2022. The others are expected to be completed in 2023. The additional gas storage facilities are currently 88 per cent full. The cold winter weather at the beginning of December led to an increased consumption in gas, which in turn caused the storage levels to drop. The higher temperatures the country has seen recently has resulted in consumption falling and the storage tanks being replenished. This cycle is a common one during the heating season.

Current preparations for the emergency level

When the Emergency Plan for Gas was established in 2019, a description of what the final emergency level of the plan would look like for the Federal Republic of Germany was also published. Unlike the alert level, the gas supply would need to experience significant disruption, or the supply situation would need to deteriorate considerably in some other way for the emergency level to be declared. In this scenario, state intervention by the National Supply Coordinator would no longer be avoidable. Once the emergency level is declared, the German Federal Network Agency will then take on the role of National Supply Coordinator, in which it assumes responsibility for allocating the quantities of gas that are still available in the event of a crisis. This process takes place in coordination with the gas network operators. To this end, the German Federal Network Agency, the German Federal Ministry for Economic Affairs and Climate Action (Bundesministerium für Wirtschaft und Klimaschutz), the German Association of Energy and Water Industries (Bundesverband der Energie- und Wasserwirtschaft, BDEW) and the Federation of German Industries (Bundesverband der Deutschen Industrie, BDI) formed a number of working groups to discuss potential processes – the result of which was a flow chart. The working groups are also identifying the potential indicators that will be used to decide whether to declare the emergency level. Furthermore, the groups are running a variety of simulations that highlight different scenarios, taking into account the probability that they will occur.

Indicators for declaring the emergency level

The exact indicators are yet to be published. The Emergency Plan for Gas itself lists massive long-term supply failures, insufficient availability of balancing power, threats to supply to protected groups and failures of essential pipelines.

The flow chart detailing what will happen if the emergency level is declared is a result of the working group and describes the planned procedure and communication should this occur. It is a living document that is being edited and supplemented by discussions that are still ongoing. The following procedure is planned (as of October 2022):

According to the Federal Network Agency, there is still no prospect of the situation easing. A cold winter might hit us particularly hard. According to the Federal Network Agency’s pessimistic scenario in which consumption was as high as in recent years and supply falls by 20 per cent, reserves will only last until March 2023. If consumption can be permanently reduced by 20 per cent, we can safely get through the winter according to previous analyses – with storage facilities that are still sufficiently filled at more than 70 per cent capacity. This also forms a solid foundation on which we can prepare for the next winter. For that reason, it is vital that we continue to live up to our role as world leader in saving gas and continue to reduce consumption. In addition, the LNG terminals must be completed as soon as possible.

Preparations for the planned implementation of the emergency level are already underway as a precautionary measure. One tool that will be used to implement this is the flow chart presented in this blog post, which describes the planned procedure in the event that the emergency level is declared and how this will be communicated. The flow chart contains six points that can be summarised in four phases (declaration, issuing of orders, monitoring and sanctioning). Households and critical infrastructures will be protected. Industrial and major end consumers, meanwhile, must expect restrictions. However, the flow chart is still in progress and still contains some gaps. These gaps need to be filled by the working groups and further points need to be specified in more detail.

We will keep you posted with all the latest updates. Stay tuned!

By the way, you can find out more about our services in the energy sector on our website. Our experts bring the right mix of technology expertise and sound understanding of your digitalisation project.

Learn more about exciting blog topics from the utilities sector or take a look at all adesso blog posts. 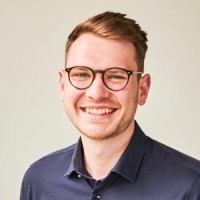 Jonas Schnorrenberg is a mechanical engineer and works at adesso as an associate consultant in the Utilities division with a focus on consulting companies in the energy industry. His focus in recent years has been on managing projects in the field of energy and power plant technology. After completing his master's degree in mechanical engineering, he is now continuing his education part-time as part of a master's degree in business administration. 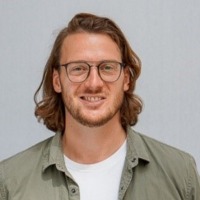