It is really hard to spot fake news. What can you do to avoid falling prey to it?

Fake news, or false information that is disseminated with the aim of deceiving the reader, has been around for as long as humans have. In our digital age where data and information are described as the oil of the 21st century, fake news is taking on a very special role.

While the production and publication of data and information in earlier, analogue times was a laborious, time-consuming task, anyone in the Internet era can be an author, publisher and, most importantly, critic working from his or her computer. It takes little time or effort to post an opinion. In many cases, the idea being put forward is more likely to be given credence if the author has a large number of followers than if he or she has many years of experience in the field.

Based on recent polls, there is no clear consensus on what is considered to be fake news.

According to Statista, about one in three Germans comes across fake news at least once a week. Conversely, just under one in four encounters fake news on a daily or near daily basis, while roughly the same number believes that this is never or rarely the case.

In a representative survey conducted by bitkom, nearly three quarters of all Germans (72 per cent) are concerned about the dissemination of fake news on the war in Ukraine on social media. Fifty-seven per cent of those surveyed find it difficult to determine what news about the war in Ukraine is true and what is false. Only four per cent of Germans trust Russian media sources to report truthfully on the war.

At the same time, without specific reference to the Russia’s war on Ukraine, roughly 81 per cent of respondents in the ‘Glaubwürdigkeit der Medien’ [Credibility of the media] study by Westdeutsche Rundfunk considered state-funded radio stations in Germany trustworthy, while 79 per cent trust state-funded television. Lastly, only seven per cent of those surveyed believe they can trust what they read on social media sites such as Facebook.

Why is that some media outlets are trusted and others are not?

There are a combination of factors that play a critical role. Outside factors, personal beliefs and one’s own experience are what determine whether or not we believe that an individual media outlet is trustworthy.

Even if critical and objective reporting is possible in democratic countries, that does not mean this is always the case. On the contrary, in democratic states, it is possible to express any view or opinion as long as it remains within the framework of what is legally permitted.

By all appearances, it is nearly impossible to spot the news that is accurate, trustworthy and produced by a professional journalist from amongst the vast and ever-growing amount of information out there. When in doubt, it may be even more disorientating because the quantity of information available is so large and seemingly unfathomable.

What can you do to distinguish fake news from real news?

I find it useful to check the following four things:

Here is an example published on the fact-checking portal mimikama (German only) in mid-August.

The claim: Gas consumption in Germany is supposedly going up at the moment because large amounts of electricity are being exported to France, which is the real reason for rising gas prices and why it is important that more nuclear power stations be built.

My personal knowledge of the subject is of little help here. While I do have roughly ten years of professional experience in the energy sector, I do not know a lot about renewables, gas or nuclear energy. Building additional nuclear power stations is not an option for me, and it will be decades until fusion reactors will be able to generate electricity in any meaningful way. I really cannot believe that Germany is consuming any more gas than it absolutely needs to at the moment. But that is just my personal opinion.

Sources of the claim:

I am still not any closer to knowing whether the claim is indeed true. Since I cannot and do not want to do in-depth research into every dubious claim I encounter in order to check whether it is true or not, I use the Internet, which is both the source of and answer to many problems.

Many topics have already been investigated by fact-checkers.

Along with mimikama, there are many other portals, organisations and private individuals who have taken up the task of checking dubious claims to assess their veracity. To stay with the claim regarding Germany’s exports of electricity to France, mimikama has carried out an in-depth analysis to compare available data on electricity production, consumption and exports and laid out the summarised results one by one. In the end, it was clearly demonstrated that Germany is indeed exporting more electricity to France, but the electricity is not generated with gas, whose use has actually decreased. It is instead electricity generated from renewables. The findings were presented in a coherent and compelling manner. The claim was refuted.

What does that mean in your day-to-day life?

Some claims are easy to refute, while, in other cases, more time and research will be needed.

At the end of the day, it is always good to compare your opinions with other ones. The more knowledgeable you are in general and the more you know about the methods for categorising and verifying news stories, the lower the risk that you fall for misinformation that is deliberately being spread. Or in the words of bitkom:

‘One of the most important things we need to teach at school is media literacy. If you scrutinise the credibility of the source and know how to validate it, you will be less susceptible to the dangers of fake news.’

What can you do to become better informed?

1. Do not believe everything just because everyone is talking about it.

2. Get out of your information bubble and hear different opinions. The worst thing that could happen is that you would feel even stronger about your position.

4. Take a critical eye and separate the good from the bad:

Why not check out some of our other interesting blog posts? 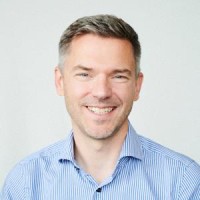 Tobias Dieter has been working for adesso as a Managing Consultant in the areas of information security, IT service management and data protection since 2022. One of his main areas of work is the conception and implementation of security awareness campaigns.