As well as its vision, every successful company also has its own mission. But what makes a mission different from a vision and why have a mission at all?

A corporate vision expresses where the company wants to be and what it wants to stand for in the future.

It acts as the foundation, direction and framework for the holistic actions of all those involved in the company. Visions are utopian, positively formulated ideal versions of the end result that the company is striving for. For that reason, visions are always inspiring and motivating. The company can derive its strategies, motives and goals from its vision.

A mission, on the other hand, is a clear mandate to all employees of how to implement the company’s vision and achieve its goals. The mission is a statement, a commitment to certain values in the form of guiding principles. Unlike the abstract vision, it doesn’t refer to an end result, but to day-to-day operations.

If we look at them in a vacuum, the vision talks about the future, while the mission describes the present. Can a company be successful without either of them?

Back when Microsoft was still a small, unknown software company from Seattle in comparison to the then giant IBM, Bill Gates had a vision: ‘A computer on every desk and in every home (...).’ By granting IBM the licence to use its MS-DOS operating system, Microsoft laid the foundation for its future. This move is proof of the vision that Bill Gates had already showed back then, seeing as the computer industry was facing a fundamental change. The age of hardware being the key factor was over. Software replaced hardware as the dominant component.

By deciding to use IBM as a licensing partner, Bill Gates created a universal standard for software applications. Before long, Microsoft had managed to grab large market shares for itself by pre-installing its own MS-DOS on every PC supplied by IBM. The introduction of Windows 3 amplified this effect even more.

Through the power of IBM, Microsoft had chosen the direct approach to achieve its dream and corporate mission.

Microsoft is the perfect example of a company understanding that a corporate mission can have a major and effective impact on its success. To do this, the organisation needs to develop a deep understanding and make certain assumptions in two areas. The most important criteria for an effective corporate mission are the needs a company fulfils and what its strengths are.

The needs are determined by the company analysing its environment, including the market as well as the industry and all other stakeholders. In general, it means understanding the value of the company for its customers and including this in the formulation of the mission.

The strengths are the company’s core competencies, just like any USPs that the company has that make it stand out from its competitors. These are exactly what enable the company to find itself in a leading position in the market. Any weaknesses are juxtaposed accordingly, which in turn reveal where there is potential for the organisation to develop even further.

Systematically thinking through and developing these two elements can prevent a corporate mission from being too superficial or even incorrect. Whether the result can then be turned into a sleek formulation is of secondary importance.

The full version of Microsoft’s corporate mission from 1975 that I mentioned earlier is, ‘A computer on every desk and in every home, running Microsoft software.’ Time has shown that Bill Gates has come very close to achieving his mission with his company.

Get in touch now

To help you achieve your goals, we recommend:

adesso success seminar: An active seminar on the most important elements in organisational management and their potential 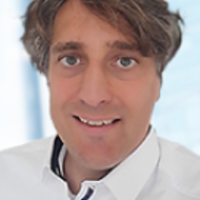 Mike Deecke is a Managing Consultant in adesso's Organisational Consulting division. Because success is not a matter of chance, but depends on the right decisions, Mike advises success-oriented decision-makers on transformation issues before the implementation phase begins. So that the right things are done right by the right people.