Winter and renewable energies – is that a contradiction in terms?

Achieving the energy transition’s goal of generating 100 per cent of energy from renewable sources becomes a much tougher task during the winter months. That is because we in Germany right now are still largely dependent on fossil fuels to supply heating and generate electricity in winter. But what impact does winter have on the supply of electricity generated from renewable energies? We will be answering this very question in the following blog post.

Impacts of winter on renewable energies

Photovoltaic (PV) systems are the most common way of using solar energy. Solar cells are installed in a system that absorb photons of the sun’s rays and convert them into electrical energy. These systems are becoming increasingly popular in domestic properties and are mandatory on the roofs of (commercial) properties in some federal states. There is less sunshine in winter because the Earth has a greater tilt towards the sun during its orbit around the sun. This means that the winter days are shorter and there are fewer hours of sunshine in total. However, this does not necessarily mean that winter is a difficult season for those who own photovoltaic systems. The efficiency of the plants increases slightly due to a wide range of factors. Snow generally has little effect on photovoltaic systems; the smooth surface of the collectors and the angle they are positioned at mean snow usually slides off it when it starts to thaw. However, if the snow does not dislodge itself, it is not recommended that you remove it yourself with a broom or other household objects. Photovoltaic collectors are sensitive and the risk of destroying something in the system is too great.

The advantage in winter is that the air is clearer than at other times of the year, so there are fewer air particles to reflect the sunlight. The reason for this is that there is usually less humidity in winter than in summer, meaning less water or water vapour is bound in the air. This bound water vapour in turn influences how the light is reflected. PV systems may also fail, especially in summer, due to the collector modules overheating. There is no worry that this will happen in winter, and you can enjoy the benefits having a PV system on your roof brings. Despite all the advantages, a photovoltaic system is not a comprehensive solution for solely supplying electricity in winter, so people are starting to also look at other options to generate energy in an environmentally friendly way. PV systems are unfortunately very limited in their ability, especially in a rainy winter such as the one we are having this year. The is due to the rain refracting the light, so you can apply a general rule in that a reduction in visibility will mean a reduction in performance of the system.

Another way to ensure you have an environmentally friendly energy supply is by harnessing the power of nature through the use of wind turbines. These wind-powered giants cover around four per cent of today’s global energy supply. However, is it safe to assume that wind turbines also function properly in winter, or do we have to make considerable sacrifices in terms of their efficiency when it gets cold, and the rain and snow start to fall? In a word, no. This is because around two thirds of all wind power is generated during the winter months! This is mainly because the Earth absorbs less energy from the sun in winter, lowering the air temperature, which in turn leads to a reduction in air density. The cold air is then heavier overall than the warm air and therefore sinks. This leads to an increase in air pressure in the lower layers of the atmosphere and a difference in air pressure ratios between the high and low layers. This difference in air pressure results in pressure equalisation, which manifests itself in the form of wind. In winter, the air in the lower layers of the Earth’s atmosphere is therefore less dense and the air pressure is higher than in the higher layers, which makes the wind stronger. But not every gust of wind can be used in to generate energy. According to Betz's law, a maximum of 59.26 per cent of the energy mechanically transferred to the rotor blades can be converted into electrical energy in a wind turbine.

Another issue that can affect the functionality and efficiency of wind turbines in winter is ice blocks forming on the rotor blades. Not only is this dangerous for people and animals, as the ice blocks – some weighing several kilograms – can be hurled hundreds of metres, but it also has a negative impact on the aerodynamic function of the rotor blades. This problem can result in an annual efficiency loss of up to ten per cent – which is fairly significant. In order to increase the safety of the turbines, sensors are often installed to ensure that they shut down automatically in the event of excessive ice build-up.

When using hydropower, on the other hand, there is no need to worry about icy rotors or blocks of ice flying around. Nevertheless, it is important not to make sweeping generalisations about hydropower, as there are generally two types of hydropower plants – run-of-the-river power plants and storage power plants. Both types function in a similar way: water is retained by a dam and then passed through one or more turbines, which in turn drive a generator. These generators convert the rotational energy of the turbines into electrical energy, which can then be fed into the electricity grid. It is obvious that both types of power plant require a certain water level to be used efficiently.

In Germany, we can also expect winters to be significantly warmer than we are used to in the future. Current forecasts indicate this will then lead to high water levels in lakes and rivers in winter. At the same time, the fluctuations in water levels are becoming more volatile over the course of the year, meaning the water level will only see minimal change on average. In contrast, the summer is getting drier and drier due to rising temperatures, so the situation is becoming more tense. However, when it comes to hydropower, ‘more’ does not always mean ‘better’, as the turbines are designed for a certain flow rate and thus have a power limit. These developments make it clear that winter is when using hydropower can generate the maximum amount of energy. However, it does not make sense to make general statements at this point, as each plant depends on many factors. This includes the gradient as well as the geographical location of the plant. Another point in favour of hydropower is its high efficiency, which is around 85 to 90 per cent, making it significantly higher than that of the systems we have mentioned so far. However, ice jams can significantly reduce the efficiency of the plants and even lead to them failing completely. Ice jams occur when the water moves quickly at a temperature below freezing. This movement causes the water to lose heat to the surrounding air, causing it to freeze and form ice jams. These ice floes are then spread by the flow of the water and grow until they eventually freeze the entire body of water. The good thing is that this rarely actually happens – but it still cannot be ruled out entirely.

Our expertise at adesso

In general, there are a number of ways to minimise or completely eliminate the risks we have talked about in this blog post. These include, for example, installing heating systems in wind turbines to prevent the rotors from freezing. This increases efficiency and reduces the risk of falling ice, which is a danger to humans and animals. There are also sensible options for photovoltaic systems that result in there only being a slight loss in efficiency even in winter. As we have already mentioned, you should not remove snow and ice PV systems yourself, as the risk of damaging something is simply too great. It is better to hire a specialist company, but you should weigh up to what extent doing this makes financial sense.

At adesso, we are extremely focused on energy and an efficient security of supply. We are convinced that with the VideKIS project, we are creating a software-based solution that guarantees that plants powered by renewable energies are used efficiently both in winter and during the rest of the year. The VideKIS project aims to optimise and automate system services for the electricity grid by enabling smaller plants using renewable energies to be integrated and aggregated in a virtual power plant. This enables the decentralised plants to contribute to providing system services. To this end, a market model for the virtual power plant network, an AI-supported balancing and billing model and the possible uses of the power plant network under the regulatory requirements will be developed and examined. The project addresses the challenges that arise for grid operators due to the transition in the energy industry and make it difficult to include renewable energy plants in the provision of system services.

If you want to find out more about the research project, then come along to the Stadtwerke Impact Day in Lübeck, Germany, on 26 January 2023. 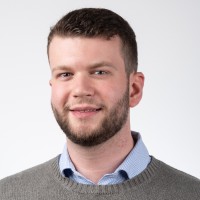 Timo Hartmann is a student of business informatics at the TU Braunschweig. As a student employee at adesso he is working in the Line of Business Utilities. Within the research project VideKIS he focuses on the development of virtual power plants and especially on strategies for the implementation of processes in the context of market communication. 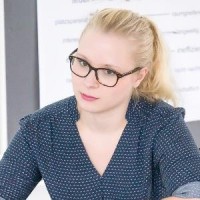 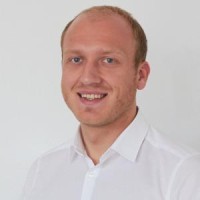