The new laws would give German carmakers the chance to narrow the gap to the trailblazers in this market, particularly companies in the US and China. Now it’s time for our car industry to deliver. The excuse that the “desire is there” but “hands are tied” no longer applies. But what edge do German automotive manufacturers have over others? The trust and loyalty of their customers, in spite of all the scandals and issues. Trust and loyalty are absolutely crucial if drivers are soon going to be watching the latest Bundesliga match instead of focusing on the road while cruising along the motorway at 120 km/hr.

Now we will be able to see how serious manufacturers are about the digital transformation or artificial intelligence. I suspect some automotive executives will still long for the good old days, when cars were cars and computers were computers. The thing is, new products, services and business models in the future will arise at the bridge between the analogue and digital world. I firmly believe that our engineers – those who build cars and those who develop software – will come up with impressive solutions for our roads.

There’s some difference between “autonomous driving on selected sections of road” to “self-driving from the centre of Cologne to Dortmund Main Station on a Friday afternoon”. That being said, this legislation heralds the start of a new era. Autonomous driving will completely revolutionise our ideas of mobility. It is no longer a pipe dream; from 2022, autonomous driving will be reality. Now is the time for the entire industry to show that it is ready to help shape the future, instead of resting on past laurels. 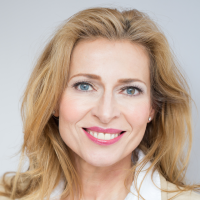