adesso has its first foothold in Northern Europe. With the newly founded national company adesso Nordics Oy in Helsinki, adesso, as one of the leading consulting and IT service providers in German-speaking countries, will now also open up the Northern European countries. adesso will market its portfolio in Scandinavia and the Baltic States from Finland on.

adesso Nordics focuses initially on the core industries of banking and insurance as well as manufacturing industry, automotive and lottery in Northern Europe. In addition, adesso Nordics brings the German experience, skills and capacity for SAP S/4HANA transformations available to the Nordic markets. The market is expected to transfer towards the new version of SAP ERP solution during the next few years.

Ari Torpo (52) will lead adesso Nordics Oy as Managing Director. Mr. Torpo is internationally experienced consultant and business development leader who brings not only his network but also many years of experience in ERP transformations. The former Industry sector Managing Director at Accenture Nordics (2006 to 2020) is convinced "that digitalisation will continue to sweep society and change entire industries and will require seasoned leaders who can develop businesses, new sales, open new markets and scale up businesses." 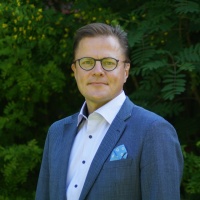 adesso is also partnering with the Finnish data service and IT company 1001 Lakes Oy in order to position adesso Nordics Oy strongly with attractive capabilities and portfolio in data and analytics and data economies, data sharing and monetization of data. The founding team of 1001 Lakes is considered a European leader in data space and ecosystem design, e.g. based on the International Data Spaces Association (IDSA) architecture. Moreover, the companies are partnering by establishing adesso Lakes GmbH to bring these services to Central European customers and market.

The new subsidiary adesso Nordics in Finland is already the eighth foreign subsidiary of adesso in Europe – after subsidiaries in Austria, Switzerland, the Netherlands, Spain, Hungary, Bulgaria and Turkey (Istanbul). This brings adesso one step closer to its goal of establishing itself as a leading, internationally operating and well-networked IT consulting and service provider throughout Europe. Currently, the adesso Group is represented by about 5,100 employees in more than 40 cities in a total of nine countries.