Drawing on mega- and gigatrends as well as other methods, futurologists try to paint a picture of what the world might look like in the future. But in spite of all the systematic studies, surveys and assumptions, there is no telling what the future truly holds. In particular, it is very difficult to deduce what the business models will look like in the future, whether they will still be relevant at all and, if so, what requirements they will need to meet.

As we all know, novels and science fiction films or series often already do a pretty good job of giving us a good look at the world of tomorrow. The dangers and consequences of recording large amounts of personal data were pointed out by George Orwell in his novel ‘1984’ long before the massive use of digital (social) media. Air taxis are a new, innovative idea? Not for Aldous Huxley. The latter had already described individual mobility by means of personal aircraft in his 1932 novel ‘Brave New World’. The dependence of the economy on constant consumption described in ‘Brave New World’ is also intriguing.

But can insurance sales divisions glean useful information from this for the future? I think they can. Read on to find out more about my thoughts on this topic.

In most novels, Europe is united politically and economically as a counterpoint to Asian, American or other (economic) spheres of influence. Of course, we already see and experience such developments today in the European Union (EU). In the insurance sector, too, direct action has been taken to harmonise regulation in the EU with the European Insurance and Occupational Pension Authority (EIOPA). Other regulatory requirements such as the General Data Protection Regulation (EU GDPR) also exert strong (indirect) influence on the European insurance industry.

In the future, the regulatory requirements may well lead to a Europe-wide harmonisation of, for example, the requirements for the sale of and consulting on insurance products (training, proof of specialist knowledge, etc.), advisory and documentation requirements, but also requirements relating to the insurance products themselves. For today’s insurance sales organisations, most of whom are active on a national level, this certainly opens up great opportunities. Agents, brokers and direct insurers can more easily gain the qualifications to position themselves internationally. They can tap into synergies in the context of training, in marketing campaigns as well as in the area of IT applications and processes, for example, to grow and expand their market share.

The economy thrives on consumption and is driven by it. Loosely quoted, ‘Brave New World’ states that ‘sorting out and buying new things is better than mending and repairing’. The novel also describes that in the future there will be complex hobbies that will require a variety of (expensive) accessories. After all, hobbies that require nothing but a ball, for example, do not lead to consumption and thus do not boost the economy.

For me personally, this means that there is an increased need to insure the goods consumed and, in the case of ‘risky’ hobbies, also against physical injury (caused by accidents, for example). Already today, we see that extended value guarantees are offered as an extra feature when purchasing high-value electronic devices. In the future, this may lead to subscription models for goods and services that already include a customised individual insurance package. From an economic point of view, I believe that insurance sales organisations can benefit here if they manage to adapt quickly and flexibly by devising completely new advisory and contract conclusion concepts and also take advantage of opportunities offered by cooperating with manufacturers or sales platforms.

From the point of view of the authors of science fiction novels, huge global corporations or conglomerates will be the norm rather than the exception in the future. While the business models of these groups are designed for broad reach, the individual ‘units’ are highly specialised.

The digitisation and automation of industries is steadily progressing and is gaining further momentum through the use of artificial intelligence (AI). In addition, the worldwide use of social networks and online shopping offers and much more will probably increase, resulting in the recording and analysis of vast amounts of (personal) data. This gives rise to many new risks that we can only guess at so far. For example, these may include new forms of cyber risks such as hacker attacks targeting industrial plants or regulatory risks such as the incorrect interpretation of data protection guidelines. In addition, new mobility concepts (such as personal flying machines) or the like also require completely new types of advice and cover.

For insurance sales, it is conceivable that such a development will probably mean specialisation rather than generalisation in the future. It is conceivable that this will lead to a consolidation of today’s strongly dispersed sales structures, resulting in joint ventures and mergers. This could lead to the formation of large, global sales conglomerates that are outwardly designed for breadth but specialised internally. A prominent current example in the insurance sector, which is not strictly relating to sales, is the announced dissolution of the ‘generalist’ German subsidiary of a leading insurance group and the incorporation of the know-how into the respective ‘specialised’ line organisations of the insurance group.

As already described, consumption, especially of goods and services, but possibly also of new medical options, will increase significantly in the future. In novels and increasingly in science fiction films or series, the influence exerted to boost consumption plays a central role. In ‘Brave New World’ this is exerted through an extreme form of indoctrination. Many science fictions films that take a less dystopian viewpoint show ubiquitous personalised advertising, such as when entering shops, lifts or when waiting in traffic jams.

For people, this flood of information can make it increasingly difficult to differentiate. What do I actually need? Which products are of good quality? And above all, who can I trust, to what degree and in what context? Of course, this also opens up completely new ways and forms of addressing customers to insurance sales organisations. However, these should be used with caution, as it will be of critical importance – especially for insurance companies and insurance distributors – to continue to secure the highest asset, namely people’s trust.

In order to ensure this, I believe that insurance sales organisations in particular need to know exactly what their customers’ expectations and needs are. It is conceivable that sales will grow into a trustworthy solution provider whose scope of products will go far beyond the actual insurance products. For example, a kind of ‘ecosystem’ might evolve that offers products certified by the insurance community and custom-fit coverage packages, direct indications of increased use of the value guarantee for certain products or other information and services that can be derived from the insurers’ data pool and that are relevant for customers in their individual situation.

Looking into the future is always difficult, of course, and things usually turn out differently than you think. However, I expect that the importance of insurance sales will only continue to grow in the (distant) future. This will particularly be the case if sales organisations already adapt to tomorrow’s circumstances today, make innovative use of the opportunities that arise and continue to treat the trust of its customers as a top priority and actively ensure this trust.

If you would like to learn more about exciting topics from the world of adesso, then check out our latest blog posts. 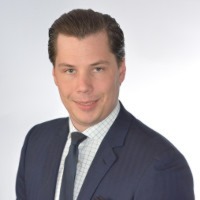